Students from 38 countries have done our 7-week course – here’s why! 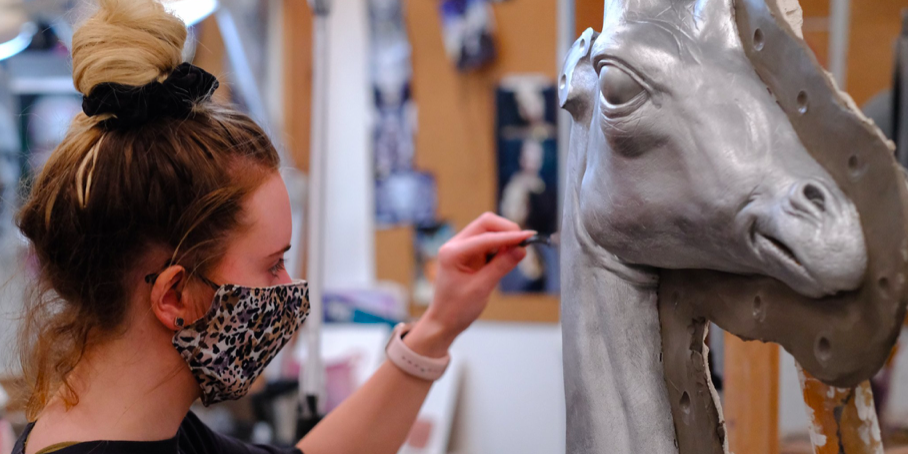 Our world-renowned 7-week Makeup FX & Prosthetics Creation course is a bit of an institution all of its own, even if we say so ourselves!

Since it first ran in 2004, we have welcomed students from 38 countries including many in Europe and equally as many further afield such as the USA, Australia, Canada, Chile, India, Malaysia, Lebanon, the Philippines, Singapore, China, Egypt, Hong Kong, South Korea, South Africa, New Zealand and Brazil!

The course is 100% practical, 100% industry-relevant and taught by current, senior film and TV professionals. To put the standard into perspective: it teaches to a higher technical level than 3-year degree courses in 7 intensive weeks.

Designed to deliver the exact skills required by contemporary employers, it is widely regarded as the course that effectively prepares students for careers as prosthetics artists and has been described by industry figures as “often copied but never bettered”.

The course is taught in the same building as our award-winning sister company Millennium FX, which connects us directly to the film industry and makes our teaching the most aligned with industry practice available anywhere in the world.

Many graduates of this course have gone on to have successful careers in the film industry, a few of their recent film credits being Minamata, Artemis Fowl, Star Wars: The Rise of Skywalker, Jurassic World: Fallen Kingdom, Solo: A Star Wars Story, Wonder Woman, Alien: Covenant, Beauty and the Beast and Star Wars: Episode VIII – The Last Jedi.

WHAT EXACTLY HAPPENS ON THE COURSE?

Take a look at some of the week-by-week classes below – these can vary slightly according to the interests of the group – and in addition, there are often visiting specialists who introduce the students to specific areas of industry practice such as animatronics, creature FX, dental FX and FX contact lenses.

WEEK 1 in a nutshell: flat moulds, life casting and numerous other basic techniques

WEEK 4 in a nutshell: Applying prosthetic pieces that confirm to the face including
experimenting with specialist techniques such as flocking and hair-punching.
Starting to sculpt final projects

WEEK 5 in a nutshell: sculpting and developing final projects

WEEK 6 in a nutshell: intensive mould making and casting of final projects

WEEK 7 in a nutshell: detailed bespoke painting and finishing of final projects

Here are those fabulous final projects – click to enlarge! These major portfolio pieces showcase the students’ new skills and demonstrate their ability to potential employers; having successfully completed the course graduates can seek work in the film industry at junior technician level.

What do our students think?

There’s a lot of affection out there for this course – past students have said:

“Quite simply, this course got me into a career.”

“…the standout feature that Neill’s course offers over any other is the opportunity to observe a real workshop in action. Being right next door to Millennium FX was amazing, and we got to see things happening that you would never see anywhere else.”

“The 7-week course was the most well spent money of my life!”

“The course was absolutely full of information and practice. It was exactly what I needed to get to work with prosthetic makeup like I had dreamed for years by then!”

This MA is the first of its kind, taking students into a new, in-demand niche
3rd June 2020