Prosthetics Magazine Issue 18 is out now! 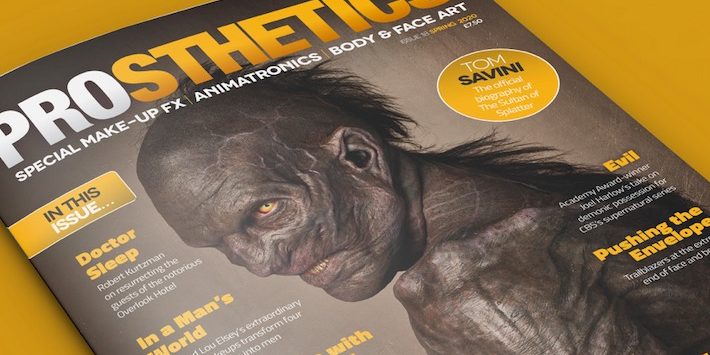 It’s a fascinating melange of masterful work in this issue – reality TV and retrospectives, blockbusters and trailblazers, and of course some demons, nightmares, hauntings, and invisible friends. All your favourites, and the chance to gen up from the ground up on airbrushes – you’ll be spoilt for choice on what to look at first!

The second of a two-part feature on the legendary Rick Baker, from Thriller through to The Grinch, Planet of the Apes, and beyond…more great images!

There’s a great tutorial by Stuart Bray and Todd Debreceni covering both kinds of airbrushes, and all you need to know to keep them working well, plus wisdom from Cosmesis Advanced Prosthetics Studio’s Clinton Aiden Smith, the history of life casting in film special effects, and pushing the envelope at the extreme end of face and body art. Get comfy and settle down for a great read…