Prosthetics Magazine Issue 17 is out now! 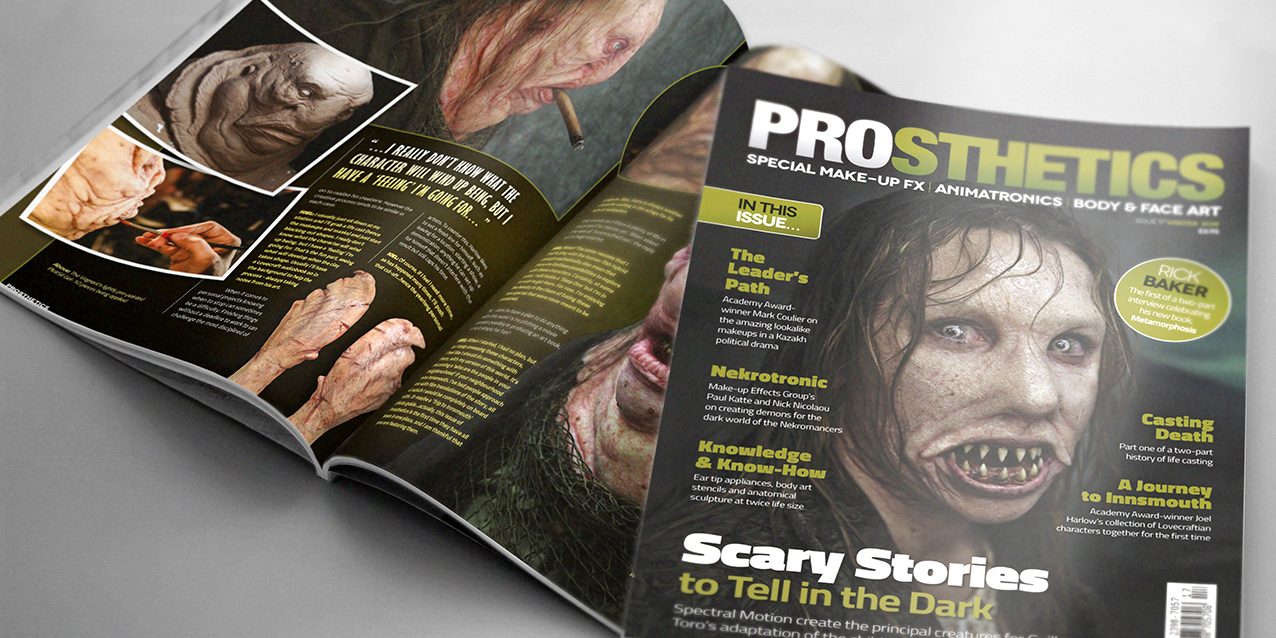 ISSUE 17 of Prosthetics Magazine is out and it is fascinating, with a retrospective feel as it looks back at extraordinary histories: of careers, long-running shows, a body of connected work assembled over time, the history of life casting itself, and even a film based on long term Kazakh political careers. Definitely one for the history books! (And for you collectors out there…)

To look out for

The first part of a two-part interview with industry legend Rick Baker examines his formative years, including a pivotal meeting with Dick Smith – and some wonderful photos of some very young industry legends!

Spectral Motion re-team with Guillermo del Toro to create the extraordinary principal creatures for Scary Stories to Tell in the Dark. Our favourite is the Pale Lady – what about you?

Tutorials and tech specs include body paint champion Nix Herrera showing us the fundamentals of how to make your own body art stencils to save time and deliver great detail, Neill Gorton taking us through sculpting the human ear at twice-life-size, and Stuart Bray and Todd Debreceni using the ear cores they made for Issue 16 to create  ear tip appliances in foam latex.

Plus: wisdom from multi award-winner Neill Gorton, part one of a two-part feature about the origins, development and influence of life casting traces the history of death masks, and Todd Masters remembers leading his young makeup effects team on Tales From the Crypt as HBO’s horror anthology celebrates its 30th anniversary.