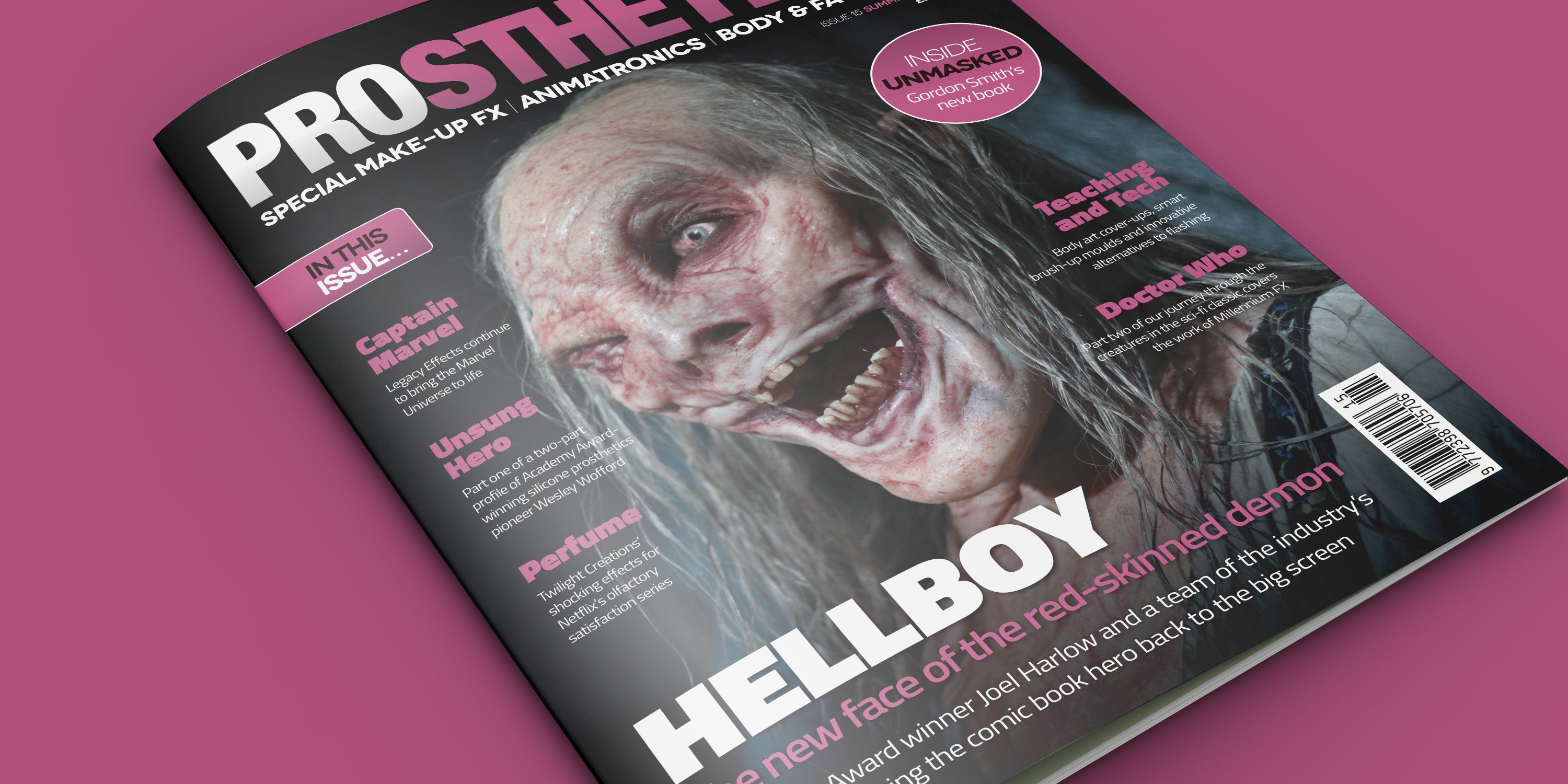 Luckily all the gore in this issue is silicone, because there’s plenty of it! And if you want to know anything about the development of silicone as a medium in the prosthetics world, there’s no better place. Plus: more monsters and mavericks, and some Marvel to boot…

In this issue: all the hot details – characters, designs, techniques – from the key players in the new manifestation of everyone’s favourite horned hero Hellboy, led by Academy Award winner Joel Harlow, a marathon of alterations and alternatives for Adrien Morot on The Revenant in this issue’s B-Sides profile, and Twilight Creations’ Jörn Seifert on mutilations, expectations, and borrowing a ‘dead’ dog for Netflix’s series Perfume.

Legacy Effects’ Shane Mahan and Brian Sipe talk modular makeup techniques, tattoo transfers, dead aliens, and realistic animatronic cats on Captain Marvel, we have part one of a two-part profile of Academy Award winning makeup FX and fine artist Wesley Wofford – key contributor to many movie makeups and silicone prosthetics pioneer, and the second part of the Doctor Who carnival of monsters by Martin Ruddock, covering the creatures that have emerged from the workshop of Millennium FX since the 2005 relaunch.

Sangeet Prabhaker takes us through his method for creating a rigid frame for an appliance using a hot glue gun, and transatlantic educators Stuart Bray and Todd Debrecini show us two smart methods for creating a brush-up mould for a corrected lifecast, using one and two-piece jackets, and Jennie Roberts and Catriona Finlayson cover the delicate issue of cover-ups for body paint artists and models the good, the bad, and the Monster Pasties…